The Eltham Plant Expo was held on 14 and 15 September at the Eltham Community Centre. Nearly 700 paying adults attended on the Saturday as well as helpers and children. The Committee was delighted. Sunday was quieter with approximately 200 – 300 attending. My thanks to Anthea Fleming, Daphne Hards and Scot Sharman who helped me on Saturday and Bernie Stock and Helen who helped Ron and I set up on Friday and returned on Sunday to help me pack up. 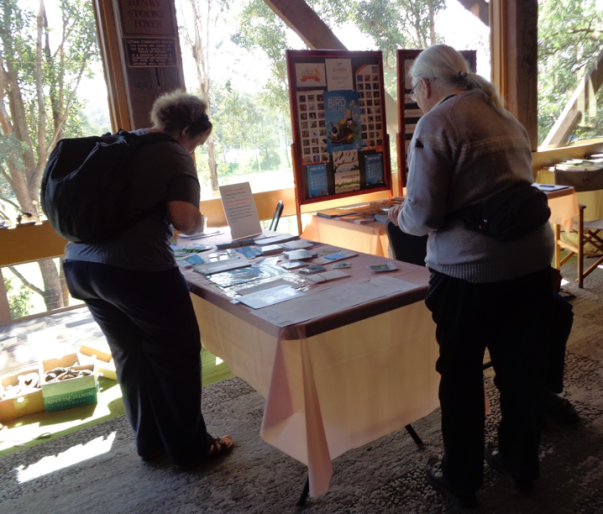 On Friday 20 September, 13 U3A Hawthorn members, led by Pat Bingham, enjoyed the sunshine, but not the wind, on a walk around Norton’s Park, Wantirna, and part of Gardiner’s Creek in Shepherd’s Bush. There were many Sulphur-crested Cockatoos, Rainbow Lorikeets and even Eastern Rosellas noisily disputing nesting hollows in the big old Manna Gums along the Creek. A group of eight Cattle Egret flew over and a small flock of Striated Thornbills were busily feeding in the wattles. In all, 27 species were listed, some by sight, others by sound. Thank you Pat for leading the walk and Jim Sharpe for your photograph of an Eastern Rosella. 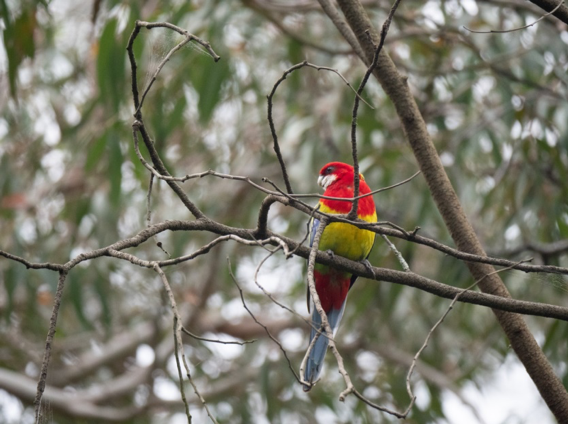 The Birds in Schools Program is progressing very well and has had some well-deserved publicity.  Thanks Sally Heeps and Bill Ramsay for their assistance.

Breakfast with the Birds at Banyule is on Sunday 27 October.  I have a list of people available on that day but I may need more.  This year people are being charged $5 a head or $10 for a family of 4 to attend.